A journey that never ends

SHARE YOUR ROSS BIKE HISTORY WITH US FOR A CHANCE TO WIN STORY OF THE MONTH.

The Ross Bicycle’s family legacy dates all the way back to 1940. That was the year Albert Ross launched “Ross Galvanizing Works.” The company originally was in the business of manufacturing pipes, ammunition boxes, fittings, and galvanizing the U.S Military’s ships for World War II.

In 1946, when World War II had ended, Albert wanted to pursue his passion for cycling and start manufacturing bicycles, so he changed the name to “Chain Bike Corp” and went to work. He started producing and designing the best bicycles he possibly could. From 1946-1960, all types of wheeled goods and products were manufactured by Albert Ross’s Chain Bike Corp. The corporation was a huge success.

The love for bicycles runs generations deep in the Ross family. Albert’s son, Sherwood Ross, born April 1921 followed in his father's footsteps and became a brilliant engineer, eventually becoming the president of Chain Bike Corp and Ross Bicycles Inc. Sherwood, or as we called him “Jerry” manufactured bicycles for many years and re-invented all types of wheels over his career running ROSS. He was a great man and contributor to the cycling industry. He held several bicycle-related patents, became President of the Bicycle Institute of America and the Bicycle Manufacturing Association.

Ross manufactured over 20 million bicycles over the years and developed several disciplines to manufacturing bicycles while capturing different markets along with industry trends that are still being used to this day. In 1968, Ross created the “Marlin” with a console stick shift and the Barracuda Beast with a Futura sports car steering wheel. We were known for constantly pushing the limits for what was possible out of a bicycle.

Randy Ross, Sherwood’s son, our current President is the 3rd generation of the Ross bicycle family. It’s no surprise, that Randy naturally developed a passion for cycling and the family business as a child. In 1982, Randy became Vice President at Ross Bicycles Inc under Sherwood Ross and had a vision for manufacturing big-wheeled bicycles. The whole cycling industry; including his father Sherwood, thought he was crazy and that big-wheeled bicycles wouldn’t work. That was the year Ross debuted the first-ever mass-produced mountain bike. There is always a difference of opinion in the cycling industry about who invented the mountain bike, but there’s one thing that is a fact; Randy Ross and his team at Ross were the first to ever mass-produce the mountain bike. It was in those years, Ross had officially solidified themselves as pioneers and innovators to the sport of Mountain Biking.

Presently, Randy Ross and his son Shaun Ross, the 4th generation of the Ross Bicycles family, along with their investors and bicycle industry veteran staff, have embarked on the path to resurrect the brand ROSS along with their new brand W.A.R, which has already launched on WarBikes.com in early 2020 and sold out almost instantly solidifying W.A.R as another high-performance bicycle brand created by the Ross family.

Below are some great memories, videos, AD’s, articles and images of old Ross bicycles manufactured from 1946-1989. 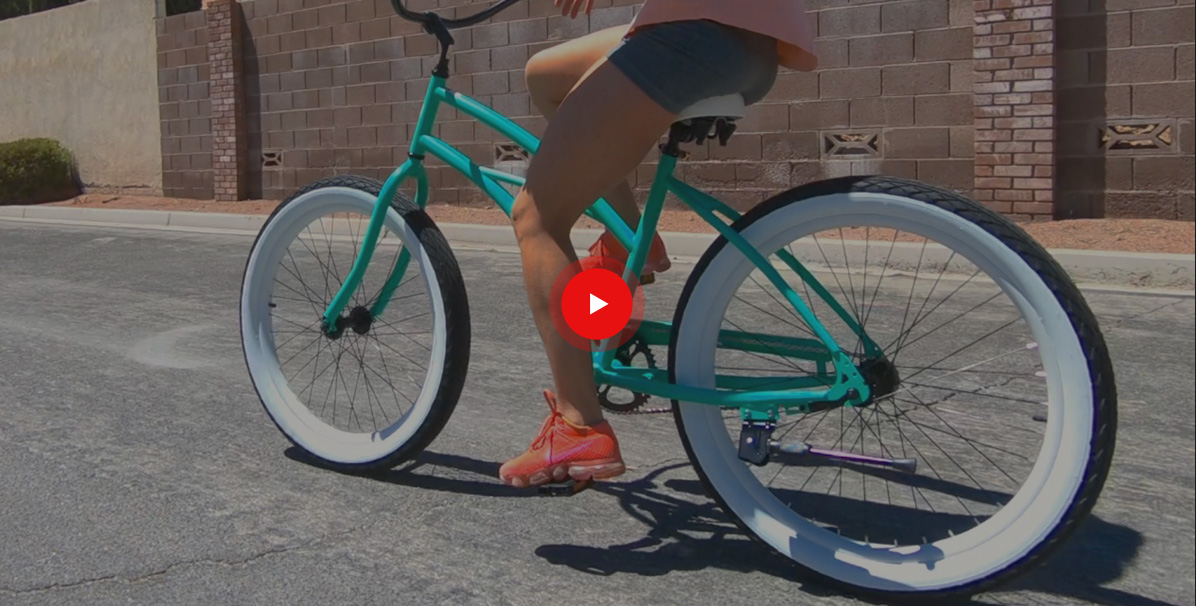 A blast from the past. In the 1983 hit “Easy Money”, Joe Pesci has Rodney Dangerfield ride his Ross stationary bike. Rodney was a great friend of the Ross family and is missed dearly to this day. 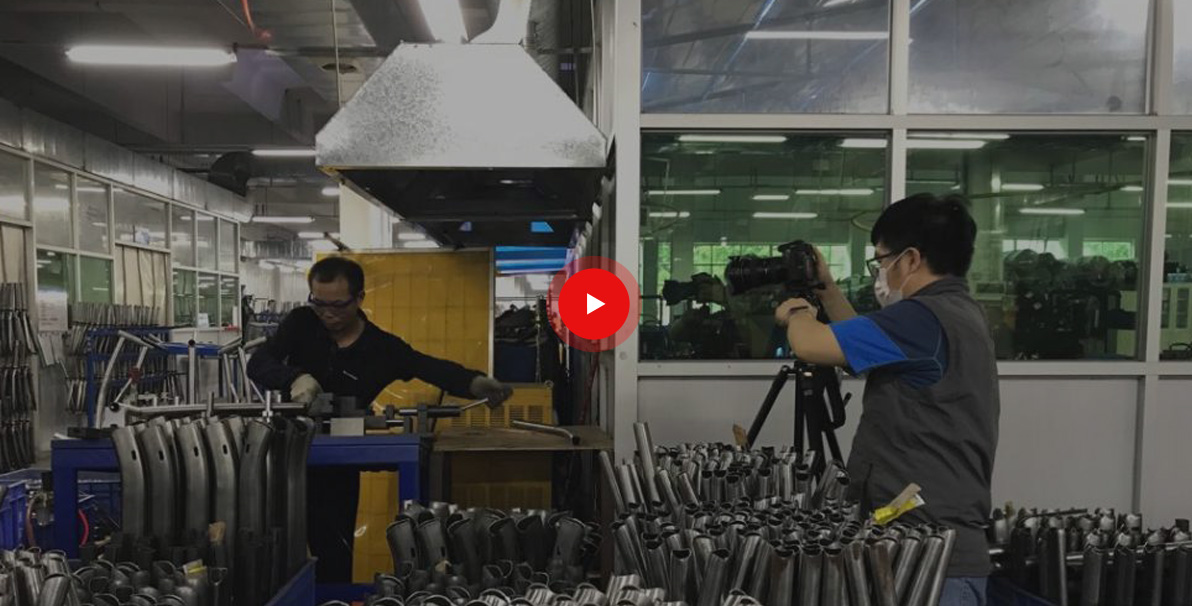 In this scene, the wife has purchased a new Ross bicycle for their son. She’s trying to get him to put it together, but he’s far to busy working on plans to save the factory. 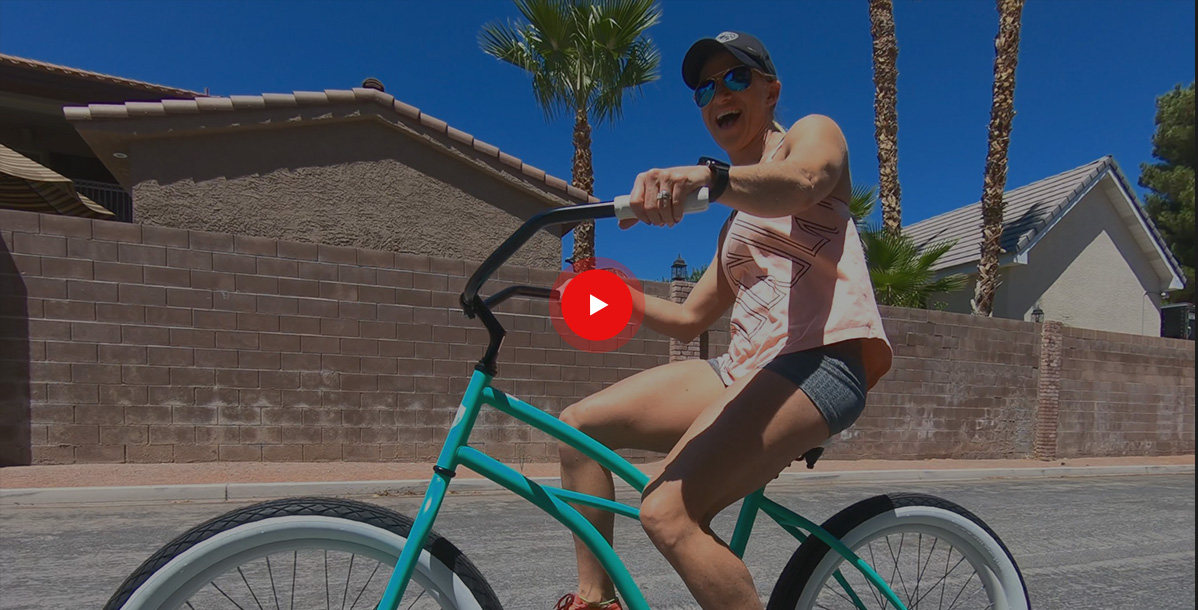 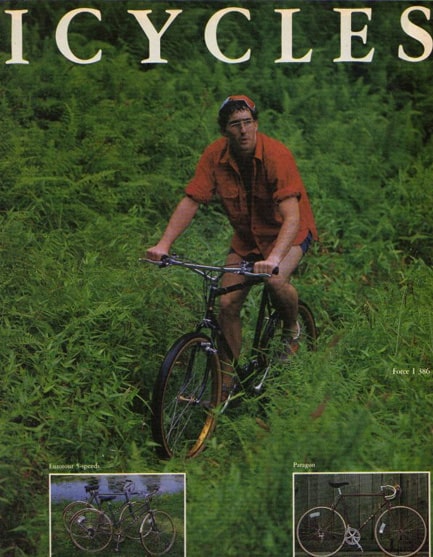 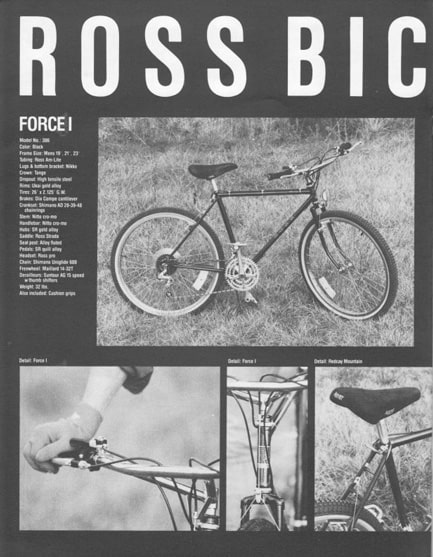 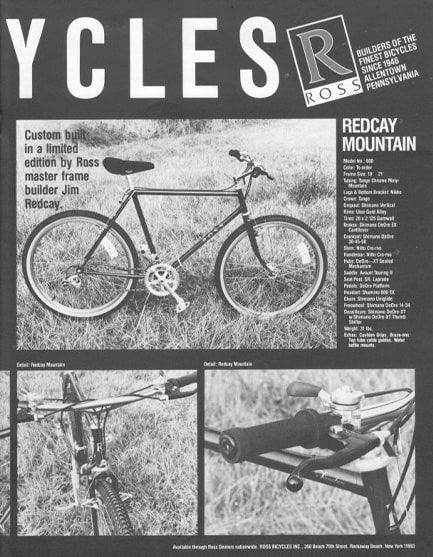 PICTURES OF THE ROSS FAMILY, EVENTS AND FRIENDS

Get to know the Ross family a little more. In this gallery you’ll find photos of promotions, events, old Ross Bicycles and some amazing memories of times spent with the Ross family. 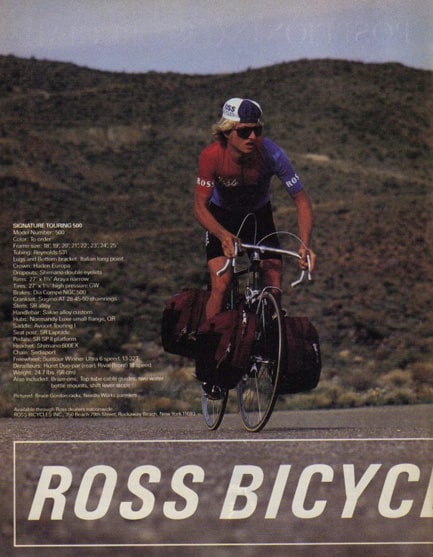 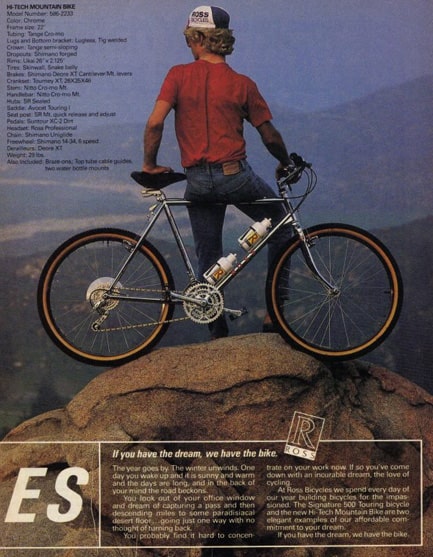 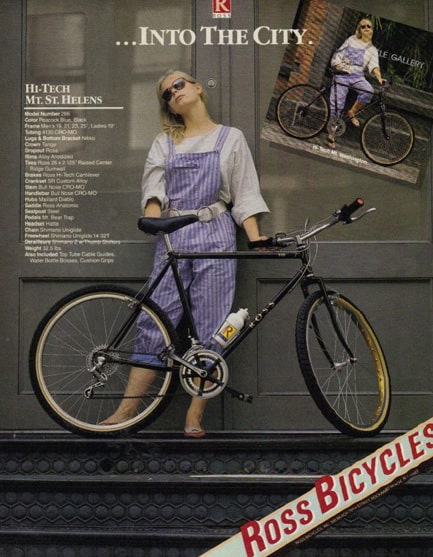 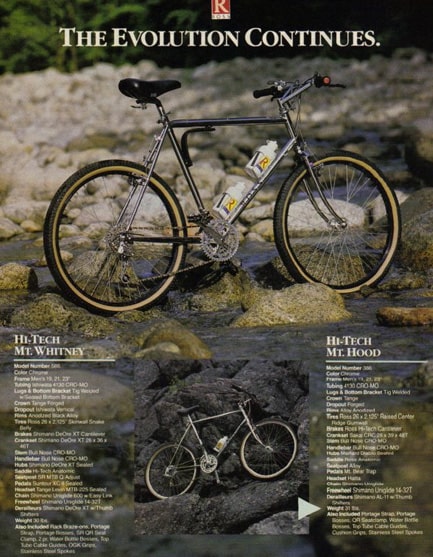 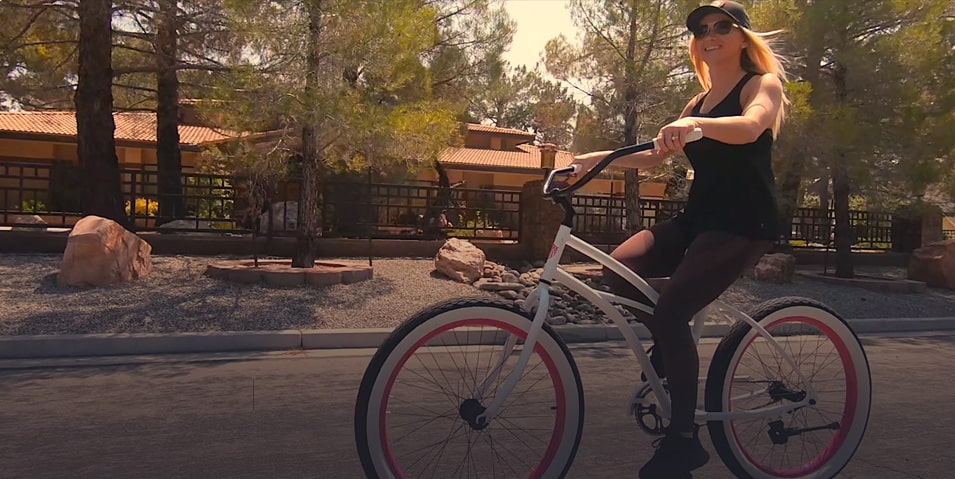 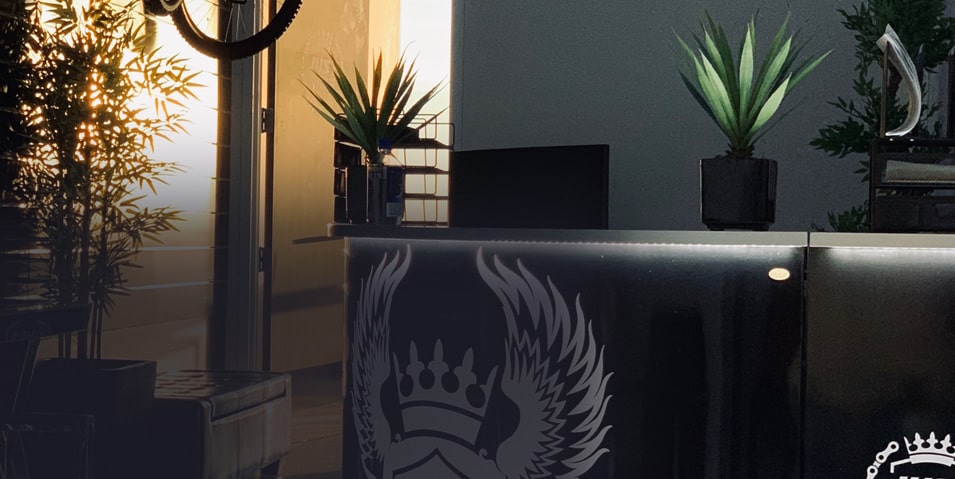 Interested in becoming a dealer, have a general question, or would like some more information on becoming a partner?

This website uses cookies to improve your experience while you navigate through the website. Out of these, the cookies that are categorized as necessary are stored on your browser as they are essential for the working of basic functionalities of the website. We also use third-party cookies that help us analyze and understand how you use this website. These cookies will be stored in your browser only with your consent. You also have the option to opt-out of these cookies. But opting out of some of these cookies may affect your browsing experience.
Necessary Always Enabled
Necessary cookies are absolutely essential for the website to function properly. These cookies ensure basic functionalities and security features of the website, anonymously.
Functional
Functional cookies help to perform certain functionalities like sharing the content of the website on social media platforms, collect feedbacks, and other third-party features.
Performance
Performance cookies are used to understand and analyze the key performance indexes of the website which helps in delivering a better user experience for the visitors.
Analytics
Analytical cookies are used to understand how visitors interact with the website. These cookies help provide information on metrics the number of visitors, bounce rate, traffic source, etc.
Advertisement
Advertisement cookies are used to provide visitors with relevant ads and marketing campaigns. These cookies track visitors across websites and collect information to provide customized ads.
Others
Other uncategorized cookies are those that are being analyzed and have not been classified into a category as yet.
SAVE & ACCEPT